How to DDOS on PS4, Boot People Offline and Prevention

PS4 DDOS is a malicious attempt to disrupt normal traffic of a PS4 Gamer/Player by overwhelming the target or its surrounding infrastructure with a flood of Internet traffic.

Gaming website hit with a massive DNS flood, peaking at over 25 million packets per second

The differences between regular and distributed denial of service assaults are substantive. In a DoS attack, a perpetrator uses a single Internet connection to either exploit a software vulnerability or flood a target with fake requests—usually in an attempt to exhaust server resources (e.g., RAM and CPU).

On the other hand, distributed denial of service (DDoS) attacks are launched from multiple connected devices that are distributed across the Internet. These multi-person, multi-device barrages are generally harder to deflect, mostly due to the sheer volume of devices involved. Unlike single-source DoS attacks, DDoS assaults tend to target the network infrastructure in an attempt to saturate it with huge volumes of traffic.

DoS attacks can be divided into two general categories:

1. Application layer attacks (a.k.a., layer 7 attacks) can be either DoS or DDoS threats that seek to overload a server by sending a large number of requests requiring resource-intensive handling and processing. Among other attack vectors, this category includes HTTP floods, slow attacks (e.g., Slowloris or RUDY) and DNS query flood attacks.

The size of application layer attacks is typically measured in requests per second (RPS), with no more than 50 to 100 RPS being required to cripple most mid-sized websites.

Any of these can be used to prevent access to your servers, while also causing severe operational damages, such as account suspension and massive overage charges.

DDoS attacks are almost always high-traffic events, commonly measured in gigabits per second (Gbps) or packets per second (PPS). The largest network layer assaults can exceed 200 Gbps; however, 20 to 40 Gbps are enough to completely shut down most network infrastructures.

Disclaimer: This is for educational purposes and should only be used on your own network

How to DDOS on PS4 and Boot People Offline

1.Get the IP Address of a player using an IP Puller 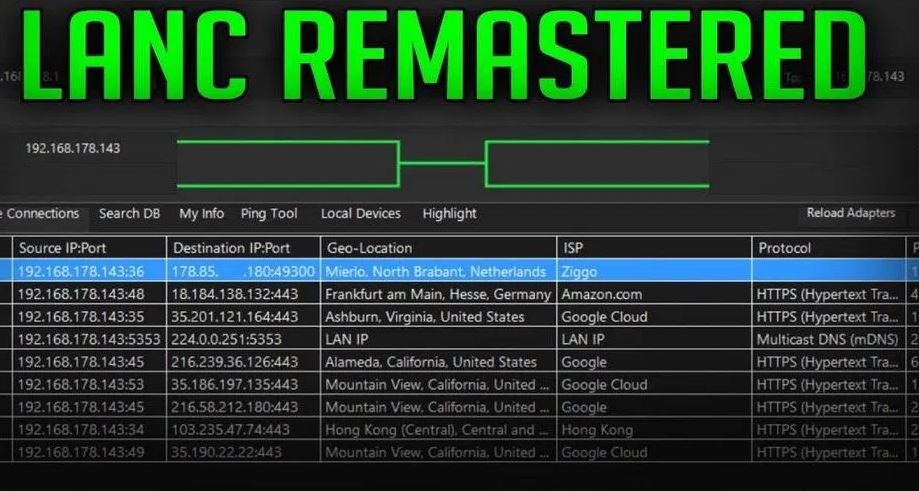 We will be using the famous Lanc Remastered software to pull IP addresses from any player. So lets download whats needed to start.

Now lets start the application and fill in your Xbox details.

Select your network adapter. Whether wired or WiFi network. Tick on ARP spoofing and Filter

Now lets get your IP on your PS4. On your gaming console go to settings > network settings and get the IP information. Note down your IP address and put it into the TO section under ARP Spoofing.

Leave the destination port blank. It used to be port 9307 but Sony patched it.

The from address should be your default gateway/router. It should default immediately to your router but just make sure. For me its 10.0.0.2

Verify everything is correct and create your PS4 party with other players. Once they have joined your party click on start.

Under the connections tab you will start to notice all the IP’s coming through. Notice the IP’s that corresponds to the port we specified or the IP’s with the most packets connected.

Now we will need to place that IP address you found on an online IP booter or by setting up your own DDOS tool.

Use any of our IP Stressers/Booters and DDOS Tools listed and proceed with step 3.

As mentioned above with DDOS attack types,we will select network layer 4 with a UDP flood.

Your target will be disconnected and removed from game/party chat.

How to block and stop DDOS attacks on PS4

As you can see from the above steps on how we boot people offline, the most important information an attacker needed, was your IP address. Blocking such attacks, we only need to fool the gamer/players that want to boot you offline. In doing so, they will boot a wrong IP address and your network won’t be saturated.

Our recommendation is to connect your PS4 to a VPN before you play online. Get our limited 35% discount from Express VPN below and make sure you will never be booted offline again!

View the easy tutorial on their VPN setup.

How do i know if I experienced a DDOS attack

How can I find who attacked me

What should I do if I think I’ve been attacked